The Best Show on WFMU Inspires Me

As many of you know, I start a new photo project on my own every couple of years. I've just started my latest, shooting a community of people I've (mostly) only heard on the radio. I hope you'll enjoy the pictures and the people as much as I have and do. The full description and the first photograph is up on my website www.lisajaneperskyphoto.com. and hey, sign the guest book while you're there. Thanks all and thanks Tom Scharpling, LJP 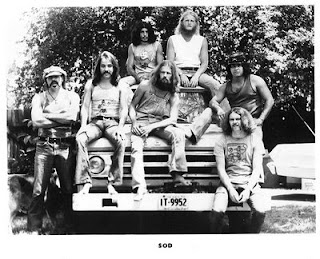 THIS IS WHAT WE’RE UP AGAINST:

It's going to look like the Middle Ages again with no middle class and poor people dropping dead in the streets, the rich living in their walled-off fiefdoms apart from the horror, sending their minions down to "acquire" the property of the dead for free. Civilization is getting far less civilized all over the world. You may, if you have the stomach for it, notice it everywhere you look outside of your own home-which you may be losing.

For any civilization to thrive, it's people must thrive (particularly women and children). There's plenty of historical and scientific evidence to back this up. You don't need me to give it to you.

NOW IS THE TIME TO SPEAK OUT.

I don’t know what you all do for health coverage but it’s time to get as involved in the debate as you can. Call, write, petition your representatives now.

In my case, even though I've been paying into a plan for 32 years (and barely used it), Screen Actor's Guild/Producers Health Plan is squeezing me out of their policy by jacking the amounts I need to make per year for coverage. The amounts are impossible to make if you aren’t in the top tier. If you are in the top tier (which is probably less than 10% of SAG) you’re covered. If you don’t make the minimum, they kick you to COBRA, which you’re allowed to try to pay for for 36 months. It costs appx. 4500.00 for 6 months. I’m not making it, folks. Are you?

Because producers no longer pay a living wage to any but the big stars, most of us either never get any or lose our coverage altogether. Hey, SAG members, correct me if I’m wrong. The rest of you, tell me and your Reps. your story.

Thanks, Ronnie Meckler for drawing my attention to this article. Check it out: Ex Executive accuses insurance giant of 'purging' customers.