back in the day (a cringeworthy expression) 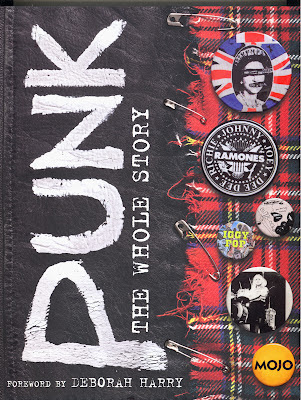 Why, just scads of people aren't lucky enough to see the so-stated apex of their era enshrined in their own lifetime--or unlucky enough. However it seems/feels to you, no one ever gets it quite right. It's the Rashoman nature of memory. In spite of the fact that BLONDIE, TALKING HEADS, TELEVISION and other bands of NYC's downtown scene never wanted to be called PUNK (unless, sensibly, they started making money being called it) Deborah Harry writes the intro. The picture of her on the adjacent page is more Debbie the Disco Princess but in most of the book, MOJO gets it right. It's heavy on the photos and a few of them are mine. You might want it. So here it is: PUNK: The Whole Story
Posted by Lisa Jane Persky at 9:02 AM No comments:

Scroll down to my list of Blogs of interest and visit Mark Evanier's page to see a television spot featuring one of history's greatest brand characters: Reddy Killowatt! 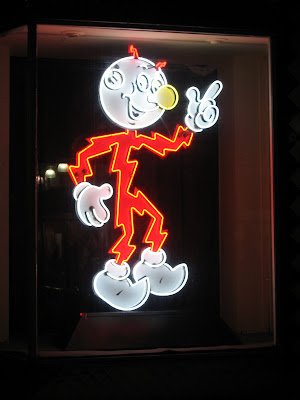 Posted by Lisa Jane Persky at 10:39 PM No comments: 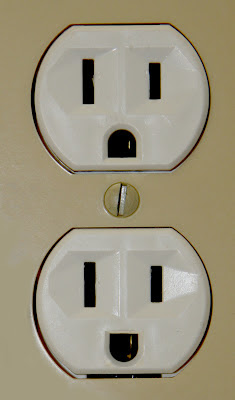 Posted by Lisa Jane Persky at 4:09 PM No comments:

can a colonoscopy be far behind?

As words go, medieval and medical are close. Very close. Had a mammogram lately?

It squishes, mashes and pulverizes as you watch your familiar flesh distorted to unrecognizability under plexiglas. All the bells and whistles of a radioactive device and convienient floor pedals for pressing pleasure. Inviting, huh? Women are used to feeling like meat but this baby makes you feel like the whole cow. It's not even prewarmed, friends. I had my pictures taken today by a tech who was. Warm. She kept telling me to relax. This is the most expensive feel I've ever been given but has the side advantage of being the cheapest boob job in town. If you walk in there with no breasts to speak of, by the time you leave, they will be stretched and pulled into something more, believe me. I kept wondering about the men who come in for mammograms. Yes, guys are supposed to have them too if there is a family history of breast cancer. So listen to your Uncle Lisa and go and get one. Very important. Seriously, if you are due, you gotta do it. Just so you can be in the club. The benefits of this secret handshake can be life saving.

Put the pedal to the metal, guys.

Posted by Lisa Jane Persky at 3:32 PM No comments: 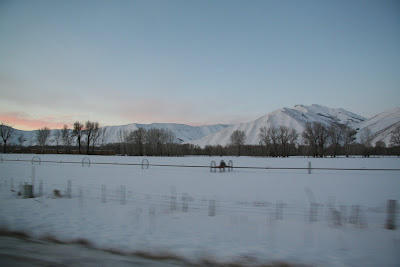 Posted by Lisa Jane Persky at 9:48 AM No comments: 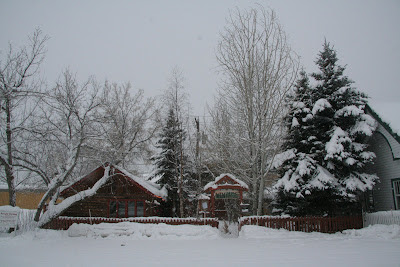 and a dessert called
"Delights of the Naked Stranger":

Posted by Lisa Jane Persky at 10:52 AM No comments: 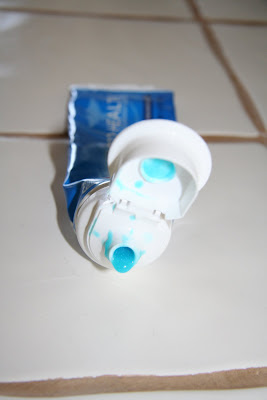 I will never buy this kind of toothpaste tube again. At sea level, it oozes and runs like a boil and at high altitudes (say 1000 ft. and up) it is likely to gush and spew. Somebody or perhaps an entire committee thought this was an attractive solution to the wrong problems. Does everyone lose their screw top? Does anyone want to stand their tube on its head as this is meant to do? These are the only reasons I could come up with for such a phenomenal waste of plastic. If you use this, what do you do to keep the thing clean? Should I ignore the pooling pile of blue grit, the fact that you can't even squeeze the last inch or so of toothpaste out because of the hulking piece of plastic that the top presses into (which is rigid and can't be manipulated). You have to just let it run out into a puddle on a plate or something if you want to use it up. I won't, of course. I'm just going to throw it away and write this. Imagine the energy required to produce this piece of garbage that will be with us forever. It's true function is as a thing of waste. It's a tubal monument to bad design and it should just screw off.
Posted by Lisa Jane Persky at 3:02 PM 3 comments:

I once participated in a paid (100 smackers) car forum at the L.A. Civic Center. I'm not sure how I got on the list but it was an interesting day spent with a few hundred other people getting in and out of all kinds of vehicles, inspecting them for flair, comfort and functionality and filling out surveys that asked for our responses. I needed alot more blank space for comments than they provided. I knew what I didn't like, what didn't work well for my aesthetic, my size, my needs. I don't think they took my comments too seriously because the next car I bought, though pleasing in most ways, still had the air conditioning vent that blew primarily on the driver's hand.

Design is usually decided by committee and that might be the best system we've got but the "too many cooks" syndrome can cause the group to miss the most obvious flaws. Design is a fascination of mine and this is an interesting interview in Newsweek with a guy I knew nothing about named Bill Moggridge. In his new book "Designing Interactions" he interviews other people who design our tech. In the Newsweek piece he quotes a venture capitalist, David Liddle who describes the "three phases of the adoption of technology", the first being enthusiasts, the second, the professional and the third the consumer.

If your range of responses to new tech design go from "How did they do that?" to "What on earth were they thinking?!" this should all be of interest. By the time something gets into the mainstream, to a customer/"consumer" with no special technological expertise (me), it is often still bloated with the complexities and sometimes the flaws of the first two levels of user. I would much rather be dubbed an "enthusiast" or a "professional", wouldn't you? Consumer sounds so leech or locust-like. Regardless of definition of terminology, if some of the hard and software were a bit more transparent and less flabby not only would I be enthusiastic, but I might even appear to be professional. Yeah, that’s what a consumer (read: novice) wants, isn’t it, the appearance of professionalism? Another thing Moggridge mentions in the interview is something Will Wright (SIMS creator) calls "loops of engagement" which include an easy to operate device that draws you in and further provides you with something to do that you can accomplish quickly and yet another slightly more complex phase and on and on. I love this phrase even if only because it sounds a lot deeper and more sinister than just providing levels of entertainment and difficulty. Remember the book of photos of advertising that supposedly had subliminal messages in the pix i.e.; the Howard Johnson’s plate of fried clams that supposedly looked like naked people writhing in delight? Remember when psychologists were saying all this internet technology was isolating?

The simple human requirements for the future in regard to design of the equipment we use are much the same as the past; communication leading to engagement, community, understanding and interactivity--except more of it and in an ever increasing range of ways. I'd hope and bet that most designers are really aiming to make every device as pleasing and simple and satisfying as an iPod or email.

It's now almost impossible to live unconscious of design in our daily lives. I'm one consumer who would like to be a more interactive part of the design process. When it comes to the product I need and/or want, I'm sure I'm an enthusiast if not a professional. Show me the Beta. I know I'll be reading Moggridge's book.

Posted by Lisa Jane Persky at 9:33 AM No comments:

Best article I’ve read this week. Maybe it makes you think. Maybe you do it anyway.
by Dennis Overbye in the New York Times on the matter of FREE (?) WILL

Posted by Lisa Jane Persky at 2:48 PM No comments: 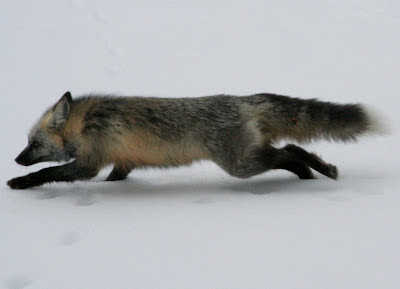 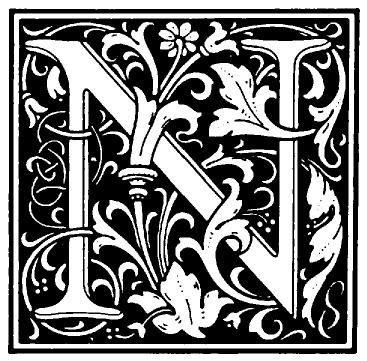 Posted by Lisa Jane Persky at 3:06 PM No comments: